A magnificent concert held at Mohtaraf Al Remal in Al lwaibdeh, I enjoyed Lot’s of the songs I missed for some of time.
Also a beautiful atmosphere, and meeting Lot’s of people I haven’t seen for quit some time, it was something like heaven for me 😛 END_OF_DOCUMENT_TOKEN_TO_BE_REPLACED

1st: could you please give me the code that you wrote that does this and that?
PHP Programmer: Sure, I’ll send it to you right away, but be careful, as …, and regrading … etc.

1st: could you please give me the function you wrote that does this and that?
.NET Programmer: What?! I’ve spent a lot of time doing it, do you expect me just to give it to you? write your own code buddy.

Well, it’s not only the PHP programmers (almost all the programmers that work on an open source platforms).

And there are exceptions regrading this situation, in both side. but I’ve specified here cause this is what happened in front of me.
What Era are these people still living in. like I’m asking you to give me the source of some great art. I don’t need your stupid code, there are a lot of open source programmers who are willing to help (even some .Net Programmers)

That day I got a notice from a site that I rarely used (but I had an account there) that I’m breaking the law. and if that happens again they are going to delete my account (who cares), so I took a look at the terms of service they have, and just gasped (Oh My God, are we still living in that age), so I didn’t wait tell they delete my account, I did it for them.
I’m not going to mention all the terms of services here, but just picked one by random

Not to mention any subject that involves violating proxy, or hacking emails and websites, or even spying on other users’ PCs.

I don’t know, I guess these things are over, or maybe I’m living in another planet for the last 5 years, I think that those things are called security tips, this black/white hat thing ended ages ago. If somebody has a security bug, everybody has to know, so they would avoid using it, until the bug is fixed 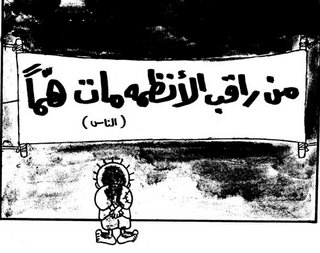 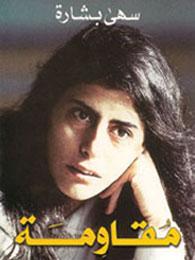 Yesterday, I got sick, I couldn’t go to work; actually I couldn’t leave my house. As being in my bed where there is nothing much to do, I got a good chance to read a book that I’ve bought lately. It was Resistance (مقاومة) by Souha Béchara.

What a great book, this is the first book that I’ve ever read that really gets deep inside me, a book that I could feel my tears on my cheek with every word I read.

With every word I read from this book, I felt her pain. I really felt how beautiful she is, and how much pain she’s been through.
Ms. Béchara, Thank you for this great book. I really recommend it.

Well look here, it’s really disgusting.
If this thing is spread all over the Internet, who the hell would believe that we hate Bin-Laden, or that we don’t support Al-Zarqawy.
Man this Danish thing is getting on my nerves.
How can anybody be happy about killing people, except Bin-Laden and his guys.

Inspired by a post on Khalaf’s blog about the human rights report, and the Jordanian responses against it.
Well I guess it’s in our culture to think that we are perfect, and we never do anything wrong. We never accept the thought that we might be wrong at some point, if you come to your colleague and tell him that he did something wrong, the first thing that he tries to do is to deny, and if he couldn’t he would start blaming somebody else, or even starts blaming you, even if you have nothing to do with it.
One of the points that I learned during My work with the UNFPA, is if you want to reach to something you should learn from your mistakes, and to learn from them the first thing you need to learn is where did you make mistakes, for that you need to criticize your self and to listen to other people criticism, as they have another points of view, you should listen to them, unfortunately in my live, the only people who criticized me was my bosses (who should to make the job better), and my close friends who really cares about me (as we always had this thing between us), other people thinks that they might hurt my feeling with their criticism, for me nowadays, (it’s something wrong that I do) as I’m bored of all of this, if I criticized somebody, and he just started to deny it or to take the defensive side, as if I was attacking him, I would put him in some list, and would start to avoiding any interaction between me and him (and of course try to ignore his existence), and if it was work we are talking about, (alright I would tell him first) if he took that side again, I would report it to the manager (as he cannot take that side with him), I know that it’s mean, but I just hate this kind of people.
If you don’t criticize, and accept criticism, how can you develop?

Let’s see what you have to say â€¦

I usually hate TV, or perhaps don’t like to watch TV, but concerning that we are having a Holiday, there is no one in town, no computer available all the time (and the connection is more than slow, I can barely post), and ofcourse nothing to do, the only thing I can do is to watch TV.
Almost every channel on TV broadcasted this movie in those days, I just can’t remember the times I’ve seen it, I remember that I liked it the first 273 times, but it’s really becomming boring that you just can’t find a channel who is not broadcasting it.
I just Hate Holidays … :@.